The Region of Murcia has increased by almost 30%, in the first four months of the year, its volume of agri-food exports to China, exceeding 22 million euros.

Large food chains from China and Vietnam visit the Region of Murcia to learn about the Murcian table grape production process and its quality, as well as the innovative potential of regional companies. The Autonomous Community, through the Development Institute (Info), has organized a reverse trade mission made up of 17 importers from these countries, specifically 13 from China and 4 from Vietnam, together with representatives of the Hanoi Ministry of Agriculture.

The acting Minister of Employment, Universities, Business and Environment, Javier Celdrán, who accompanied the commercial delegation of these two Asian countries to Moyca, pointed out that “we have already been working for three years so that the progressive opening of the Chinese market to products agri-food, through successive bilateral agreements, translate into business opportunities for companies in this sector, with the aim of also becoming the vegetable garden of Asia ”.

The members of the delegation were able to verify during the visit to the company the advances in the investigation of new varieties of table grapes, through the work of genetic improvement of the vine and varietal renewal. Producers in the Region, specifically, currently have the 14 registered apirena varieties, the so-called seedless grapes. The careful R&D work carried out has allowed us to offer a product that is highly appreciated in the Asian markets: crisp, with attractive berries, low cost of production, good cold storage and resistant to handling.

Celdrán underlined the importance of the work being carried out by the regional government to promote the presence of our agri-food companies in one of the most powerful markets in the world and pointed out that “we gather all the ingredients to win the battle against the Asian market against other possible competitors , since we have innovative, efficient and competitive companies, like this one we are visiting today; We have a quality product recognized internationally and we have infrastructures, such as the Madrid-Yiwu train, to reach this market with very competitive time frames and costs ”.

The trade mission is part of the Asia Plan launched by the Development Institute three years ago. In the planning for this year, three specific missions of the agri-food sector have been organized, such as attendance at the fair in the Chinese city of Yiwu ‘Commodities Fair’, ‘Asia Fruit Logistica’, the celebration of a direct commercial mission to China and Vietnam , and the training session held in May ‘Asian Markets: opportunities for fruit and vegetable companies in the Region of Murcia‘.

To these is now added this reverse trade mission that has an agenda that includes the celebration of the ‘International Meeting of table grapes and stone fruit’, as well as visits to the five main table grape producing companies in the Region with production plots certified by the table grape export protocols to China and Vietnam.

The Business Minister recalled that “the Asia Plan is being a success, since it has already managed to boost our exports to the Asian giant. Thus, for example, only in the first four months of this year, we have managed to increase the volume of exports to China of agri-food products by almost 30 percent compared to the same period in 2018, exceeding 22 million euros “and he stressed his conviction that “this inverse mission will further reinforce the promising expectations we have for expansion in what is today the world’s leading economy.”

As for Vietnam, exports from the agri-food sector reached 1.85 million euros last year, with an increase of 140 percent. A large part of these exports corresponds to canned vegetables (1.26 million euros), while those of fresh fruits and vegetables were around 600,000 euros. In total, the sales of the companies of the Region to this country were 9 million euros. 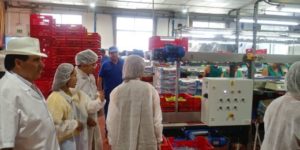 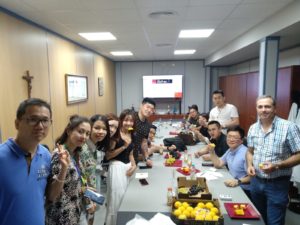 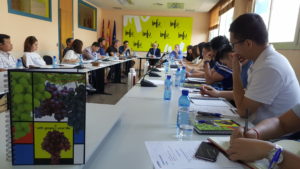 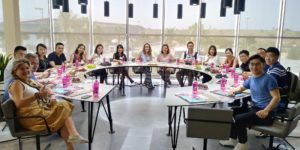 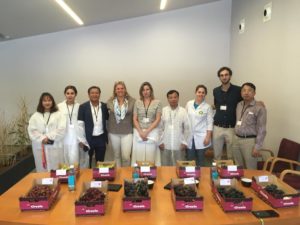