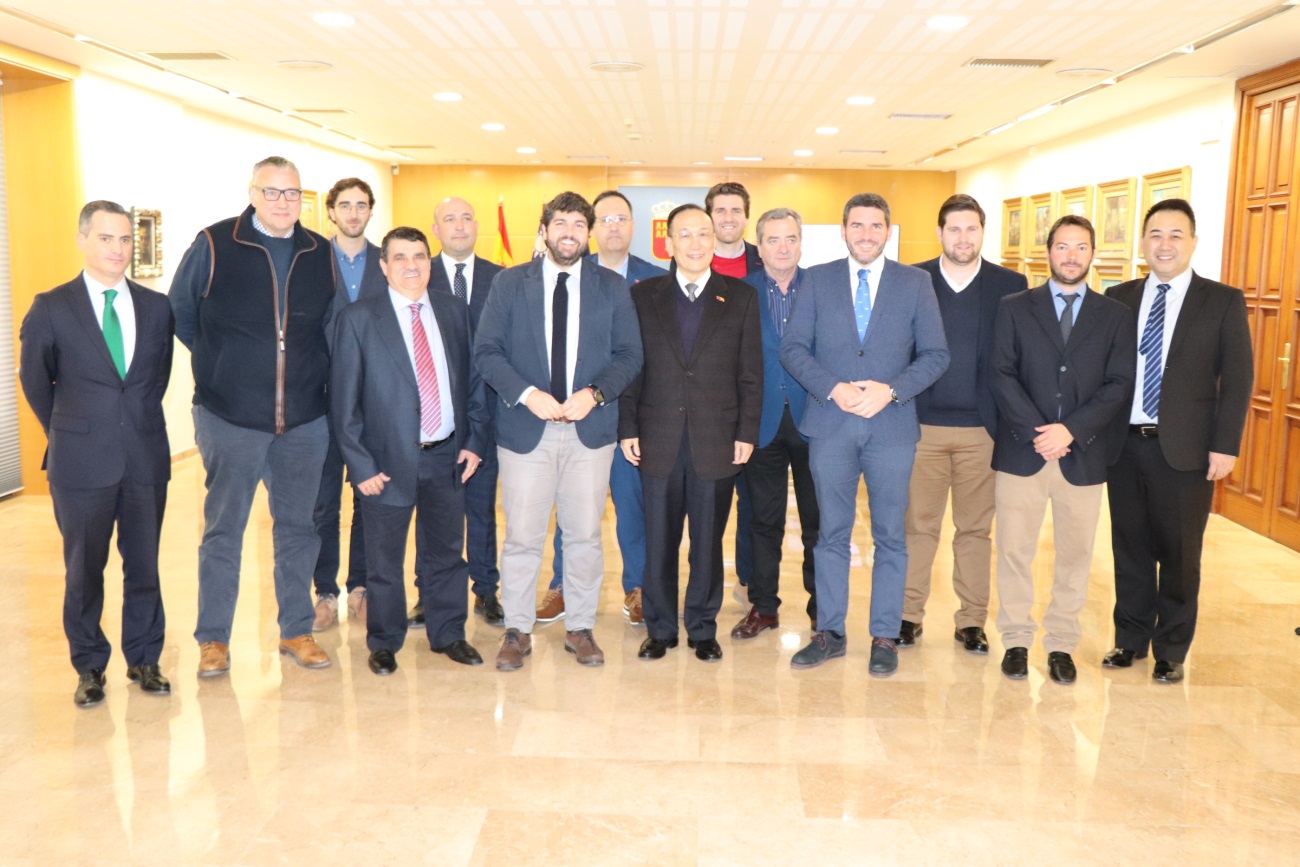 The Ambassador of Taiwan visits Murcia

On January 16, the Ambassador of Taiwan Mr. José Maria Liu visited Murcia, and after a meeting with the Government Delegate, Mr. Francisco Jiménez Jiménez and the President of APOEXPA, Mr. Joaquín Gómez Carrasco, Mr. Ambassador was received at the San Esteban Palace by the President of the CARM, Mr. Fernando López Miras, the Company Counselor, Ms. Ana Martínez Vidal, the Agriculture Counselor, Mr. Antonio Luengo Zapata, the INFO Director, Mr. Diego Rodriguez- Linares and a representative group of the agri-food sector of our Region.

In these meetings, the commercial situation of the Region of Murcia with the Asian country has been addressed and the importance of developing an export protocol has been highlighted.

The ambassador pointed out that Spanish products are highly appreciated in his country for their quality and that there are great possibilities to increase their consumption.