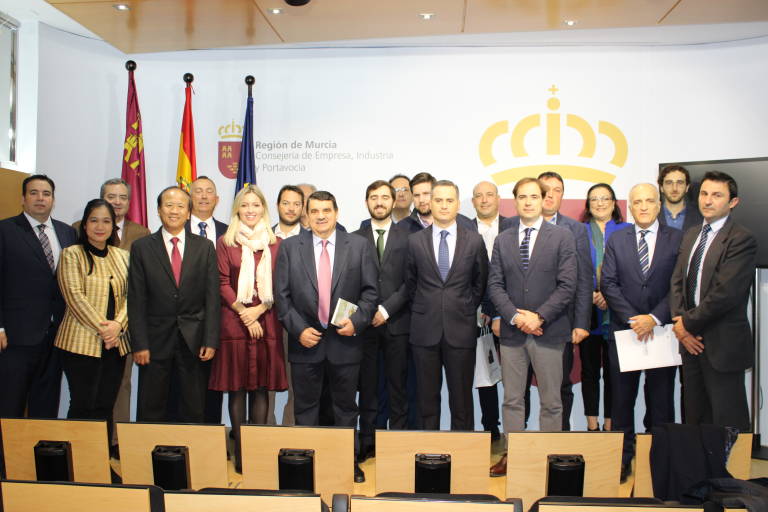 Vietnam has welcomed the Table Grape

Vietnam has welcomed the table grapes produced in the region and has also opened its market to new Murcian products such as wine. Since September 2019 the grape trade with Vietnam was opened, the Region has exported a total of 140,000 kilos. It is not a trivial figure: it represents almost the total of table grape exports from Spain to Vietnam, specifically, 77% worth 340,000 euros. And it’s just the beginning.

A new market in which entrepreneurs can export and do business. Proof of this has been the visit this week to several companies in the Region of the Vietnamese ambassador in Spain, Ngo Tien Dung, and the meeting he held with the Company Counselor, the President of Apoexpa, Joaquín Gómez, and with representatives of eight companies from the Region that are already exporting to Vietnam or that are interested in doing so at an early date.

These companies are Moyca, El Ciruelo, Frutas Torero, Uniland, Frutas Esther and Aromais, within the agri-food sector, Hidroconta, a leading company in the production of agricultural technology, and the winery Bodegas Carchelo. 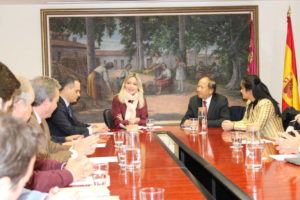 The Company Counselor pointed out that “with the introduction of new markets in Asian countries, we hope to exceed the export figures and somehow counteract the negative effect that Brexit has had on fresh produce exports. Faced with this threat, the opening of new markets in Asia or Africa is our priority to guarantee that the region’s exports continue to grow ”.

Thanks to the trade missions organized by the Institute for the Promotion of table grapes in the Region, excellent results have been obtained, such as reaching 140 tons exported in just one month.